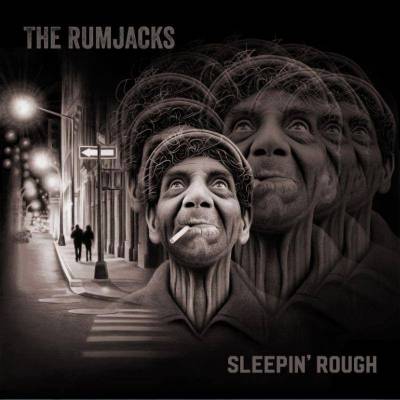 Band to traverse the country from October to February, with more than 30 dates scheduled!

Having spent the last three months overseas on a 90-date tour of Europe and UK,
The Rumjacks are pumped to bring their blistering live set home to Australia, playing new album tracks alongside fan favourites.   The Sleepin’ Rough tour is the band’s most ambitious Australian tour to date – 35 dates taking in every nook and cranny of the country, from Darwin to Launceston, East Coast to West Coast!  They are one of this country’s most successful live exports, becoming Festival regulars throughout the UK and Europe and playing massive events such as Woodstock Poland, Punk Rock Holiday, Exit Festival, Lowlands, Rockmaraton and Mighty Sounds.

Sleepin’ Rough picks up where 2015’s Sober & Godless left off, carrying stories of life, love and loss, set to a throbbing beat.  The music, while hard and fast for the most part, carries with it an element of fun and frivolity, harking back to their Old Country roots, places where music is an integral part of community gathering, soundtracking the times with an almost savage joy.

First single ‘A Fistful O’ Roses’, was an emphatic protest at Sydney’s venue lock-out laws, with accompanying music video directed by Josh Groom.   Follow up single ‘Fact’ry Jack’ is a nod to one of the last great larrikins, as singer Frankie McLaughlin says, “A real knockabout with a tonne o’ character. He’s seen the very best and worst this world had to offer and has a razor sharp sense of right and wrong to show for it. We’ve all known someone like him, and if not, then we’re poorer for it, we could learn a thing or two from blokes like him”.

If 2022 were to be a biblical metaphor, then surely it’s the

European friends, here it is at long last! After, contagious bats, hiccups and false starts